They reunited in Avengers: Endgame after first enlivening Thor: Ragnarok.

Tessa Thompson, 36, and Mark Ruffalo, 52, seemed excited about their upcoming Marvel sequel Thor: Love And Thunder when they joined director Taika Waititi, 44, for an Instagram Live chat on Thursday, according to Deadline.

The trio shared some details about the project during a live screening party for Ragnarok, which Taika also directed. 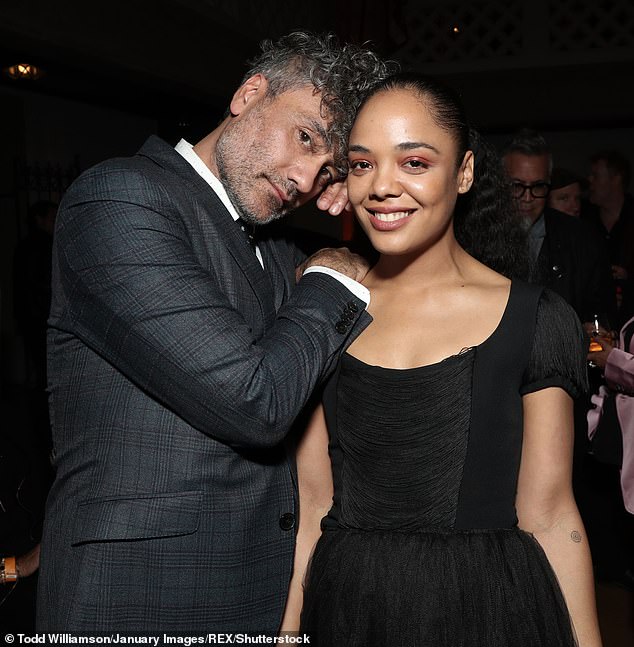 The details: Tessa Thompson, 36, and Mark Ruffalo, 52, chatted with director Taika Waititi, 44, about the upcoming Thor: Love And Thunder on Instagram Thursday; shown in October

The Hunt For The Wilderpeople director advertised the live show on Wednesday with a hand-drawn sign posted to Instagram.

‘I tricked at least one special guest to join (they aren’t in the movie),’ he wrote in the caption, though it appears to have been a fib to misdirect his 1.6 million followers, as both Tessa and Mark were prominently featured in Thor: Ragnarok.

Tessa, who plays Valkyrie, revealed that the upcoming movie already has a screenplay, which she’d read the most recent version of. 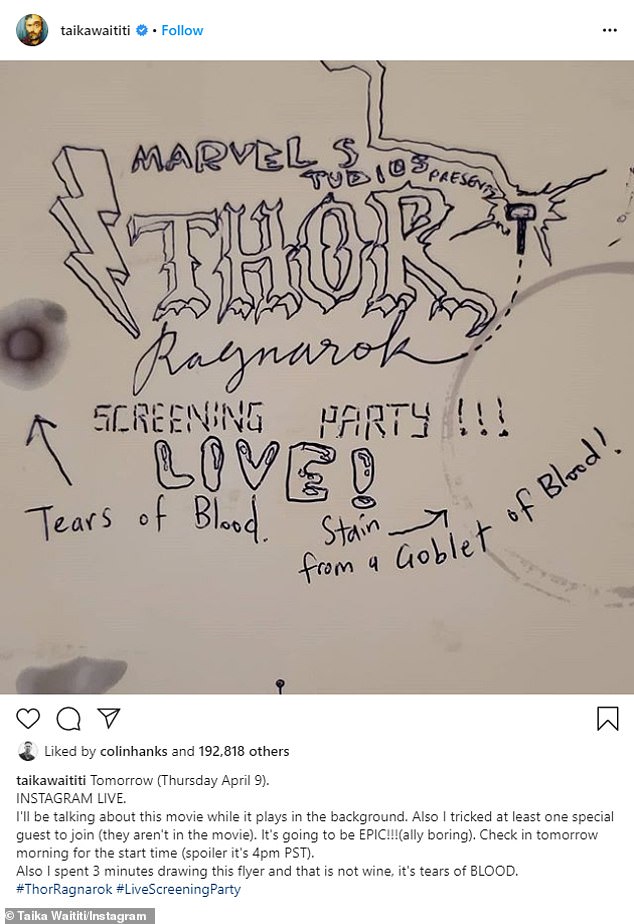 Pants on fire: Taika drew up a sign for the live viewing party and teased a special guest who wasn’t in the movie, though he was fibbing since both guests were in the movie 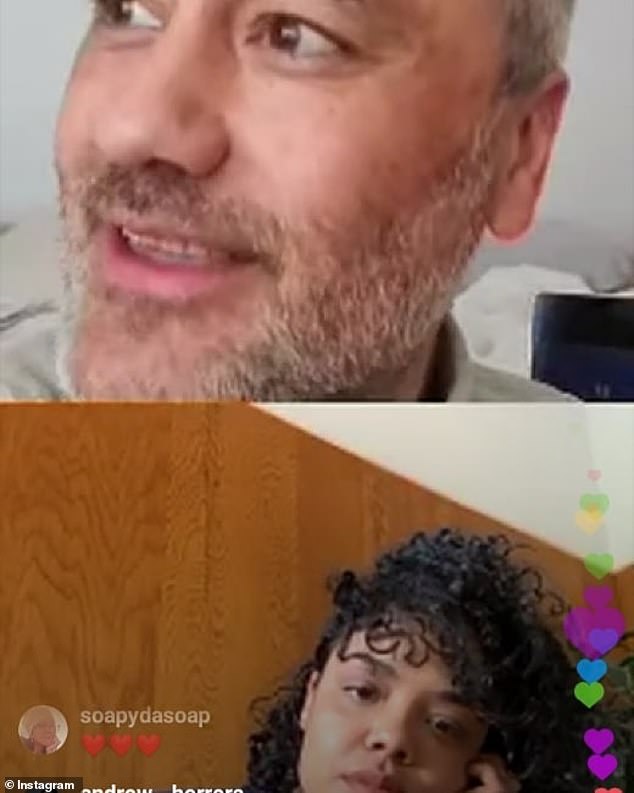 Up to date: Tessa, who plays Valkyrie, revealed that the upcoming movie already has a screenplay, which she’d read the most recent version of

The director confirmed and added that it had already gone through four or five drafts and said the movie wouldn’t be a ‘run-of-the-mill’ sequel.

He added that it would be even more extreme than the Ragnarok, joking, ‘It’s like 10-year-olds told us what should be in a movie and we said yes to every single thing.’

Thompson’s character Valkyrie was previously revealed to be one of the first LGBTQ characters in the Marvel Cinematic Universe, though the franchise has been criticized for merely paying lip service by making its LGBTQ characters supporting or background players and diminishing their queerness. 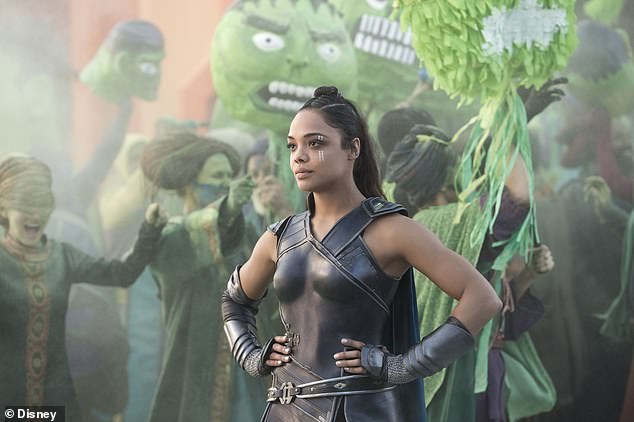 Leading the way: Thompson’s character Valkyrie was previously revealed to be one of the first LGBTQ characters in the Marvel Cinematic Universe 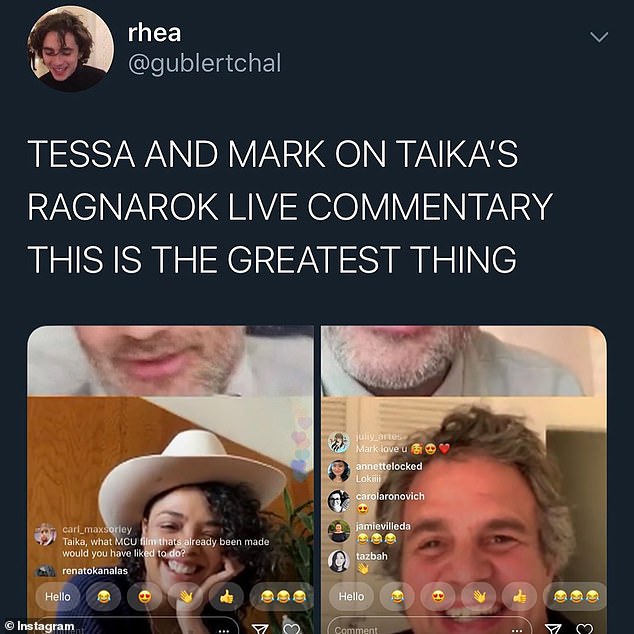 No romance for him: When she mentioned Taika’s rocky gladiator Korg, who’s gay in the comics, Taika said he wouldn’t be getting a lover, though fans would learn more about his culture

She brought up Korg, the gladiator made out of rocks who’s voiced by Waititi in Thor: Ragnarok (and is revealed to be gay in the comics), though Waititi said he wouldn’t be getting his own love interest because he was ‘deeply in love and lost that love along the line.’

‘He doesn’t feel brave enough to find love again,’ he added, before mentioning that audiences will learn more about his species’ culture.

After Tessa departed, Taika welcomed Mark Ruffalo, who plays the Hulk and was prominently featured in Ragnarok.

The two mostly chatted about missing their work together on the film.

So far, Mark isn’t expected to be part of Love And Thunder, though the new film will bring back Natalie Portman as Chris Hemsworth’s love interest, who will become a female version of the eponymous Norse god.

The movie will also mark the Marvel debut of Christian Bale.

Though shooting hasn’t begun for the film, Thor: Love And Thunder was scheduled to be released on November 5, 2021, but it has been pushed back to February 18, 2022. 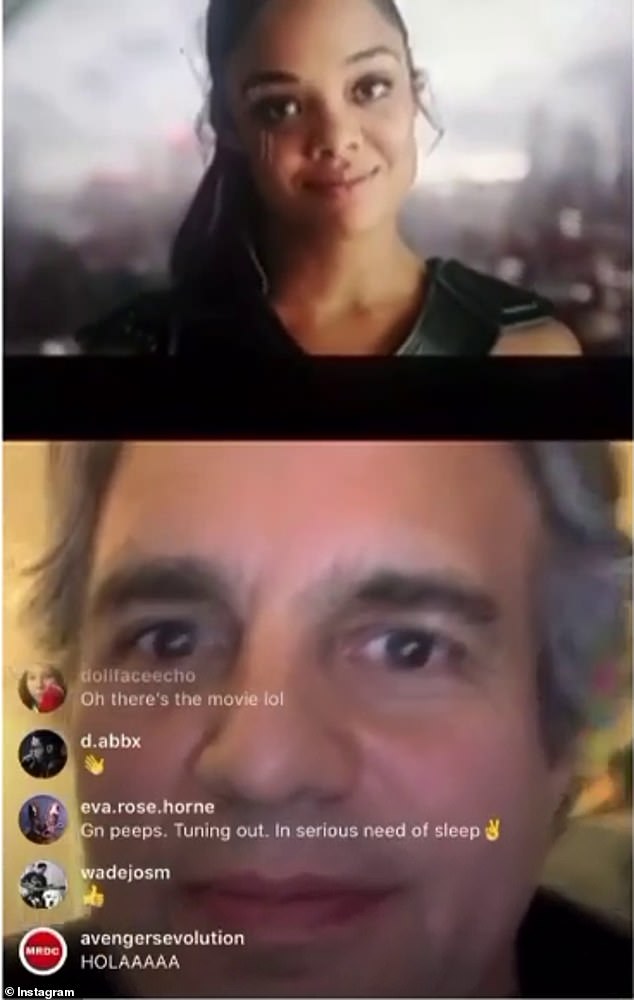 The good days: After Tessa departed, Taika welcomed Mark and the two mostly talked about missing their work together