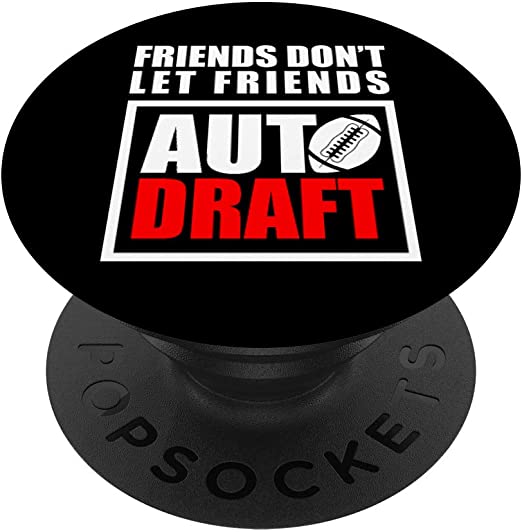 Adam Sandler has heard the chatter on the Internet about people wanting a sequel to the 1996 film Happy Gilmore, and while he can’t guarantee anything, he certainly appears to be interested.  Sandler and Christopher McDonald made an appearance on The Dan Patrick Show where they spoke candidly about their desire to make a Happy Gilmore 2. “It has not been discussed, but it has certainly been discussed on the internet,” Sandler said. “Believe me, that Senior Tour idea, it would be so amazing.”

When Patrick pressed further, asking if he can greenlight the sequel, Sandler responded, “Yes. Yes, you can greenlight this…I don’t know if [we can do it],” before getting cut off. McDonald, who played arrogant golfer Shooter McGavin in the original film, said he was “double in” on making it happen. “Yes, I would love to do it,” he added. “Everyone’s been screaming for it, like Adam said, on the internet. I just gotta say, it would be a complete blast, the Senior Tour with us too, oh my god.”

[A sequel] has not been discussed, but it certainly has been discussed on the internet,” said Sandler in the interview. “Believe me, that senior tour idea? It would be so amazing to go around [doing that]. You can green-light this. I don’t know if we could write it though.”

“I am double in. I would love to do it,” added McDonald. “Everybody has been screaming for it, like Adam said, on the internet. I just gotta say it would be a complete blast. The senior tour with us two? Oh my god.”

Just talking about the idea had the two actors grinning ear to ear, so it’s safe to assume they really mean it. It almost seems like it’s not a matter of if, but when.

Last year, Sandler helped Netflix break a new record when his latest flick Hubie Halloween became their most-watched original movie of the year in the US. On top of that, Netflix subscribers watched over two billion hours of his movies, new and old. Considering there’s nothing out there like a Sandler movie apart from other Sandler movies, that’s honestly no surprise — and hopefully is all the more reason to make Happy Gilmore 2 a reality.

Happy Gilmore was one of Adam Sandler’s first big Hollywood projects since being fired from his five year tenure at SNL, which he started when he was 23. The comedy classic follows a down on his luck hockey player, Happy, who finds he has a knack for golf instead, but not for the prim and proper tact that comes with golf culture. Happy Gilmore still inspires professional golfers and golf fans today, shown by the outpouring of love and admiration for the film in celebration of its anniversary. Even the official PGA Tour social media account posted a compilation of golf greats paying homage to the film. Amidst the buzz around the anniversary, rumors of a sequel emerged, along with fan theories of possible plot lines.

america/" 772 target="_self">American comedian and filmmaker Adam Sandler is known for his comic roles in films like The Wedding Singer as well as critically acclaimed dramatic work in masterpieces like Punch-Drunk Love and Uncut Gems. Despite being the winner of nine Golden Raspberry Awards, Sandler’s films have earned more than $2 billion and have proved to be commercial triumphs. In 1999, the actor formed his own production company to enhance his portfolio and have better control over his projects.

Named ‘Happy Madison Productions’ after two of Sandler’s films, Billy Madison (1995) and Happy Gilmore (1996), the company’s first production was a Rob Schneider film: Deuce Bigalow: Male Gigolo. The old man in the company’s logo is Sandler’s late father, who passed away in 2003. The parent company of the production studio is Happy Madison Inc, run by Sandler’s brother. After the unprecedented success of hit films like The Wedding Singer and The Waterboy in 1998, Sandler had enough financial resources to start his production company as both the films crossed $100 million in revenue at the box office. He partnered up with Hollywood veteran Jack Giarraputo and started Happy Madison Productions, a decision that would define his career.

Since its conception 21 years ago, Happy Madison has produced almost 50 films, but not all of them have starred Sandler. In fact, Rob Schneider has featured in around half of the productions and expressed his gratitude to the actor in an interview, stating: “He’s been nice enough to include me in his gigantic success story.” Apart from Schneider, the likes of David Spade, Kevin James and Chris Rock have starred in many of the films while Sandler appeared in small cameos. Some of the more popular works produced by Happy Madison are films like The House Bunny and The Longest Yard. Sandler’s latest film Hubie Halloween was also a Happy Madison production.

Happy Gilmore is a 1996 america/" 772 target="_self">American sports comedy film directed by Dennis Dugan and produced by Robert Simonds. It stars Adam Sandler as the title character, an unsuccessful ice hockey player who discovers a newfound talent for golf. The screenplay was written by Sandler and his writing partner Tim Herlihy, in their second feature collaboration after the previous year’s Billy Madison; the film also marks the first of multiple collaborations between Sandler and Dugan. The film was released in theaters on February 16, 1996 by Universal Pictures. Happy Gilmore was a commercial success, earning $39 million on a $12 million budget. The film won an MTV Movie Award for “Best Fight” for Adam Sandler versus Bob Barker.

Happy Gilmore is an aspiring ice hockey player who lacks on-ice skills, other than a powerful slapshot. After another failed hockey tryout, his girlfriend leaves him because of his hockey obsession and lack of success.

His grandmother has not paid her taxes for years, and owes the IRS $270,000 in back taxes. Her house is also under foreclosure and is given 90 days to pay off the past due balance. While repossessing Grandma’s furniture, two movers challenge Happy to a long-drive contest using his grandfather’s old golf clubs. With an unorthodox, slapshot-style swing, Happy hits a ball that strikes a house some 400 yards away, winning $40 after the movers bet he cannot do it again. As a result, he starts hustling golfers at the driving range. There, he meets Chubbs Peterson, a club pro and former golf star who lost his right hand after an alligator attack. Chubbs urges Happy to enter a local tournament to earn a spot on the Pro Golf Tour.

Desperate to take back his grandmother’s house, Happy accepts after Chubbs informs him of the significant prize money involved. Happy wins the tournament and a spot on the tour. He quickly becomes a fan favorite due to his long drives and unorthodox antics, such as asking fans to cheer instead of staying quiet and hiring a homeless man named Otto as his caddy.

Happy meets arrogant pro Shooter McGavin, who disapproves of his lack of golf etiquette. Though Happy has a powerful drive, his putting is terrible, and his raucous attitude draws the attention of Tour Commissioner Doug Thompson, who seeks to expel him from the tour. However, public relations head Virginia Venit convinces him to reconsider, citing higher television ratings and attendance and new sponsorship offers from companies geared toward young adults. She assures Thompson that she will work with Happy on his anger issues.

Happy begins to improve his performance and behavior due to Virginia’s influence. During a pro-am celebrity tournament in which he is partnered with Bob Barker, Happy plays poorly due to a heckler named Donald, who had been hired by Shooter. Happy and Barker get into a fistfight and, as a result, Happy is fined $25,000 and suspended from the tour for one month.

Virginia secures Happy an endorsement deal with Subway, allowing him to earn the remaining money needed to take back his grandmother’s foreclosed house. However, when Happy and the others arrive at the house for the auction, Shooter spitefully outbids Happy for the house, before offering it to Happy on the condition that he agrees to quit golf. Happy initially accepts, but Virginia talks him out of it, telling him that his grandmother would rather see Happy be successful than have her house back. Happy then strikes a deal with Shooter for the upcoming Tour Championship: If Happy wins, Shooter will return the house, but if Shooter wins, Happy will quit the tour.

In order to improve his short game, Happy seeks out Chubbs, and the two head to a miniature golf course to practice putting. Happy improves and presents Chubbs with a gift: the head of the alligator that bit off his hand (which he had killed). Chubbs is startled by the head and falls out an open window to his death.

Now determined to win for both Chubbs and his grandmother, Happy plays well, and leads Shooter by the end of the third round. On the fourth and final day, Happy seems unstoppable until, as per Shooter’s orders, Donald hits Happy with his car. Happy’s injuries rob him of his long-drive ability, which causes him to fall into a slump, putting Shooter in the lead. However, after a surprise visit from his grandmother, who says she just wants him to be happy, Happy regains his confidence and rallies to match Shooter’s score.

On the 18th hole, a television tower that had been hit by Donald’s car earlier falls over, blocking the green. Just as he did at the mini golf course with Chubbs, Happy sinks a miraculous trick shot, winning the tournament. Enraged, Shooter steals the winner’s gold jacket, only to be stopped by Happy’s imposing ex-boss Mr. Larson and a mob of fans. Having secured his grandmother’s house, Happy sees a vision of a two-handed Chubbs, Abraham Lincoln, and the alligator; he waves to them as Happy’s grandmother, Virginia and Otto look on in confusion.