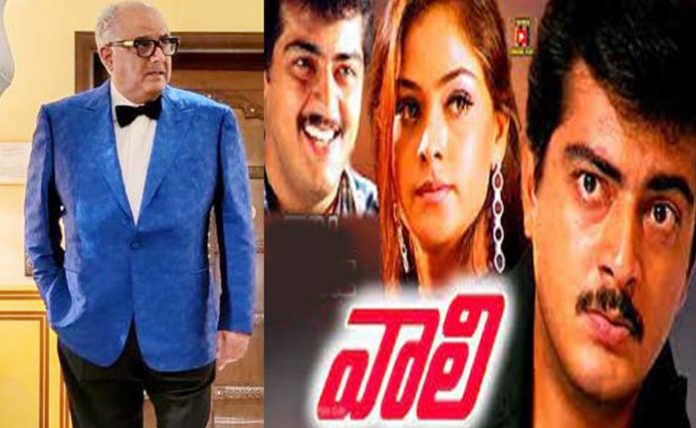 Popular filmmaker Boney Kapoor has acquired the remake rights of the South Superstar Ajith Kumar’s blockbuster ‘Vaalee’ after a long legal fight challenged by director S J Suryah. Kapoor’s venture, Narasimha Enterprise currently holds the right to remake ‘Vaalee’ in multiple languages, including Hindi which will soon go on the floor next year.

While sources tell us the producer is yet to lock the cast and director for the Bollywood remake, an insider shared, “This is a film which actually made Ajith a superstar and Boney was always keen on making it. He closed the deal with the producers in July/August 2020 and bought the film rights for multiple languages, except Kannada. This was supposed to be done earlier but it got delayed due to the COVID pandemic.”

Previously S J Suryah had approached the Single Judge Bench of the Madras High Court to restrain the Producer from assigning the remake rights. The Single Bench overturned his plea for an injunction. He then filed an appeal in the Divisional Bench.

On Monday, the division bench hearing the director’s appeal observed that the credit given for contributing to a film and copyright claims over such contribution are two separate matters. The bench of Chief Justice Sanjib Banerjee and Justice P D Audikesavalu said, “Merely because the producer gave credit to the appellant herein as the author of the screenplay or the dialogue would not amount to an acknowledgment of the appellant’s copyright therein.”There can be no dispute that in respect of a cinematograph film, it is the producer of the film who is the owner of the copyright in the cinematograph film itself… Insofar as the copyright in the original story or the original screenplay or dialogue is concerned, to the extent the same is used in the film upon due consideration, therefore, being tendered by the producer, the producer is also deemed to be the owner of the copyright therein” the bench added.