The film “The Forbidden Wish” begins with a young man entering an American synagogue the day before Yom Kippur. He encounters the rabbi, who is rehearsing his Kol Nidre sermon for the eve of the Day of Atonement. The young man asks the rabbi to recite the Kaddish, the Jewish mourner’s prayer.

The rabbi assumes it is for the young man’s father, whom he claims he has just buried in Israel.

“You cannot request this for yourself,” the rabbi tells him.

But the young man persists, insisting he can prove to the rabbi that he is not really alive. 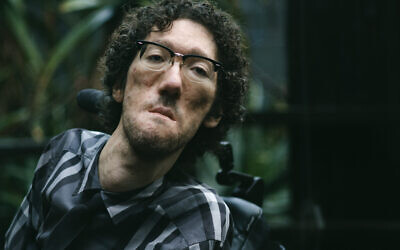 What follows is an emotionally and philosophically intense two-character drama by American-Jewish writer-director Michael Carnick, which can be viewed on digital and demand on various platforms, including iTunes, Amazon Prime Video, and Google Play.

In the film’s hour and a half running time, the young man, Isaac, and the rabbi, an Ethiopian-Israeli named Nate, engage in a conversation that lays bare their pasts, prejudices, and the sources of their personal pain.

In doing so, “The Forbidden Wish” deals with a panoply of topics: The immigration of Ethiopian Jews to Israel; racism; homophobia; and mental illness. The film also tackles matters of faith, choosing life in the face of loss, and the tension between following the letter of the law versus the spirit of the law. Finally, the Israeli-Palestinian conflict is thrown in for good measure.

It’s a lot to follow, but Carnick told The Times of Israel in a recent Zoom interview from his home in San Diego, California, that he deliberately included so much in the screenplay. 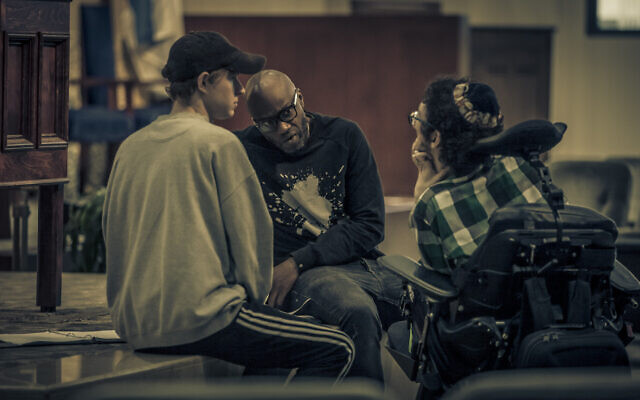 “Part of the beauty of the Jewish faith is debating and the ability to grapple with issues. Judaism allows you to open up existential questions and to explore them,” Carnick said.

Carnick, who has a very rare congenital non-progressive condition and uses a specialized electric wheelchair, filmed “The Forbidden Wish” in the impressive sanctuary at Congregation Beth Israel in San Diego. As a child, Carnick, 39, attended the now-defunct day school at the Reform synagogue from kindergarten through 6th grade.

Despite the fact that the film is semi-autobiographical and was shot at the synagogue where he grew up, Carnick set it in St. Louis. This is not stated outright, but there are several references in the screenplay to the second largest city in Missouri. 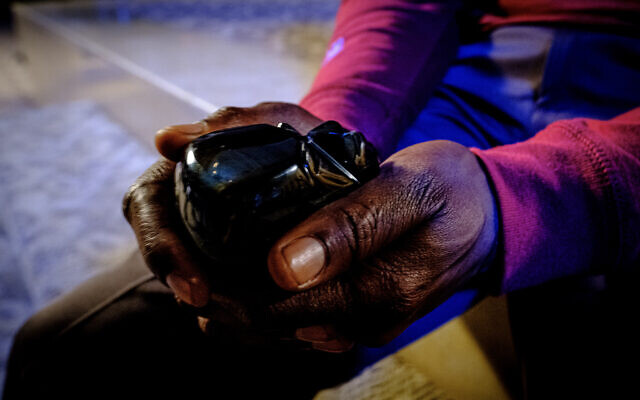 “The Forbidden Wish” is based on a short play, titled “Obsidian Dolls,” which Carnick wrote in 2009 while pursuing an MFA in creative writing for the performing arts at the University of California, Riverside.

The 20-minute play was the result of Carnick’s watching a short documentary on YouTube about Operation Solomon, the covert Israeli operation that brought 14,500 Ethiopian Jews to Israel in 36 hours in May 1991.

“I didn’t know about that, and I thought it would be a great topic for a play,” Carnick said.

Rather than writing an entire piece on the experience of Ethiopian Jews, Carnick decided to create an Ethiopian Jew in conversation with an American Jew, with each reflecting their own search for acceptance and community off the other. 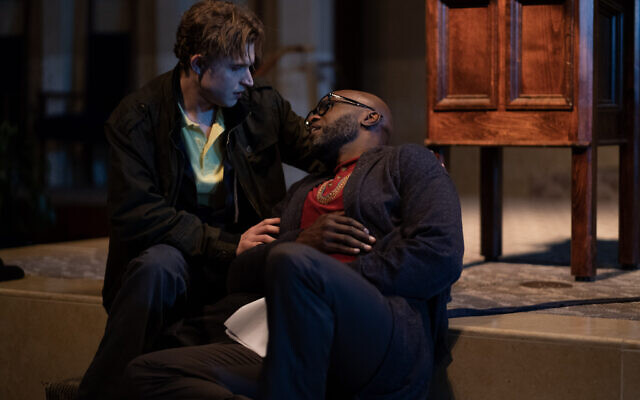 Carnick said he did a lot of research and engaged in Jewish learning with a rabbi in order to write the screenplay.

This indeed makes for interesting dialogue, but disbelief must be suspended when it comes to an Ethiopian-Israeli serving as rabbi of a liberal American Jewish congregation.

Inquiries by The Times of Israel with the Reform (Progressive) and Conservative (Masorti) rabbinical programs in Israel revealed that no Ethiopian Israelis have been ordained by the former, and that only one has been ordained by the latter — but that person did not actually go on to work as a rabbi. In other words, at this point in time, liberal Ethiopian-Israeli rabbis are non-existent in either Israel or America. 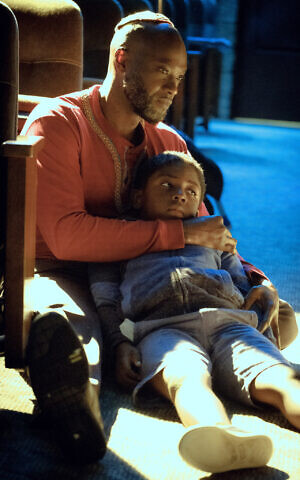 In addition, Nate (an unlikely name for an Israeli), holds a strong negative opinion of homosexuality, adhering closely to the literal interpretation of the Torah’s prohibition. This view may be in line with Nate’s African background — and it is most certainly in line with traditional Orthodox Judaism — but it would be hard to imagine that it would be accepted in most liberal American synagogues today.

There are other moments in the film that indicate that Carnick and his team were not familiar with Israel, be it the mispronunciation of Nate’s young son’s Hebrew name, or the fact that the son’s Israeli-made Hanukkah dreidel is marked with the letters used in the Diaspora, and not in Israel.

These could reflect the fact that Carnick has not yet spent time in Israel.

“I had a trip planned, and then that had to be put on hold because of Covid,” Carnick said.

However, these and other small things don’t overly detract from the gripping dialogue and strong performances by Nigerian-American actor Sammi Rotibi as Nate, and John Berchtold as Isaac.

From the beginning, Isaac, who vibrates with nervous energy, seems to be an unreliable narrator. As time goes on, it emerges that he apparently suffers from mental illness — and has from a young age.

“Is it mental illness? Or is he touched by God? I purposely left it ambiguous,” Carnick said.

The director said he enjoyed creating a film that feels like a play. He mentioned being influenced by the intimate, dialogue-heavy Israeli TV series “B’tipul,” that was sold to HBO and turned into “In Treatment” for English-speaking audiences.

“I wanted to film this production as if it were a play, with the audience feeling like it is in the room with the characters. Being able to use cinematic techniques allows you to have the best of both worlds,” he said.

Carnick said he envisions the audience for “The Forbidden Wish” as including Jews and non-Jews alike.

“It’s a film about the journey. It’s about feeling lost at times, but having faith in fellow man and community. It’s about holding on to what you believe in and loving people for who they are,” Carnick said.

‘Bad Education’ Movie Review – “A Triumph Of A Film”