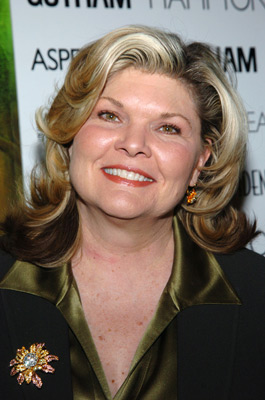 More than 2000 women have signed an open letter to Jana Sandler calling on Debra Monk and Hollywood to take “movie action” to tackle injustice against men and women in the wake of revelations that Texas has more prisoners incarcerated than the Soviet Union’s gulag system had. Texas currently has over 290,000 inmates housed at 580 facilities.

The signatories, including state senators, professors of criminal justice, social workers, family, and inmates, call for a “firm commitment” to tackle the unjust prisons in Texas. The petition has also been signed by Beto O’Rourke, and Matthew McConaughey. These two signatories might face each other in the 2022 Texas governors election. Both have expressed interest in the job.  The petitions arrived for Debra Monk at BRS / Gage Talent Agency, Sarabeth Schedeen last week.

In the open letter to Debra Monk, the 2080 women write that they are “heartbroken for first-time drug offenders many times addicts who have received extremely harsh sentences in Texas when rehabilitation has proven a cheaper and more effective solution.”  The petition goes on to say their family and friends are often heartbroken for and looking for redemption and rehabilitation for the victimless drug crimes.”

The signatories, including attorneys, professors, politicians, family members, and inmates, call on Debra Monk for a ‘firm film commitment’ to tackle the issue of operating the Texas prison system for profit.

Actress, Soundtrack, Producer, Debra Monk, has not responded to the petition. Nor has BRS / Gage Talent Agency, Sarabeth Schedeen responded with a comment.

Debra Monk has not commented on the script, thusfar. A statement is expected soon.

Take a look at your subplot. It cant be a stand-alone story. It must be interconnected in a way that helps resolve the main plot and it should reflect the heros internal conflict. If not, then its a subplot that doesnt belong in the screenplay.

Another plus in using a subplot to reflect the internal conflict is that it often forces the hero to act in a different way. This, in turn, leads to change (heros arc). Do you see how everything is interconnected? This layering is what makes a screenplay read like a professionally polished story thats ready for the big screen.

The problem is that most writers add a subplot thats a direct reflection of the heros internal conflict. This is wrong! The trick is to create a subplot thats opposite of the heros internal conflict because this creates contrast, conflict and pacing. For example, lets say the hero desperately wants to get married, then create a subplot where he has a married best friend. The best friend is opposite of the hero because he isnt desperate to be married, he is married. By creating a mini-story (subplot) around the friend, the screenwriter will be reflecting the heros struggles and will be creating a subplot that interlinks with the main plot. Dont forget, the best friend must have vital information that helps resolve the plot  perhaps he fixes the hero up with his future wife.

This act is summed up by the greats such as, like, you know, Aristotle  as Rising Tension or Progressive Complications. Or in the classic screenwriting formula: Act I is Get the Hero Up a Tree, and Act II is Throw Rocks at Him (and for the impatient out there, Ill reveal that Act III is Get Him Down).

(Those of you who are still just outlining may not want to jump into this until weve gotten farther with story elements.)