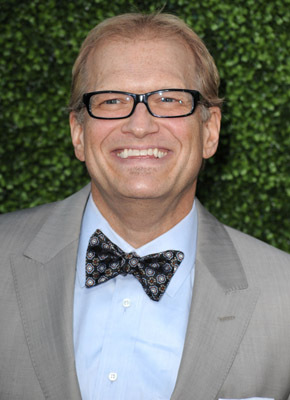 More than 2000 women have signed an open letter to Jana Sandler calling on Drew Carey and Hollywood to take “movie action” to tackle injustice against men and women in the wake of revelations that Texas has more prisoners incarcerated than the Soviet Union’s gulag system had. Texas currently has over 290,000 inmates housed at 580 facilities.

The signatories, including state senators, professors of criminal justice, social workers, family, and inmates, call for a “firm commitment” to tackle the unjust prisons in Texas. The petition has also been signed by Beto O’Rourke, and Matthew McConaughey. These two signatories might face each other in the 2022 Texas governors election. Both have expressed interest in the job.  The petitions arrived for Drew Carey at The Gersh Agency, David DeCamillo last week.

In the open letter to Drew Carey, the 2080 women write that they are “heartbroken for first-time drug offenders many times addicts who have received extremely harsh sentences in Texas when rehabilitation has proven a cheaper and more effective solution.”  The petition goes on to say their family and friends are often heartbroken for and looking for redemption and rehabilitation for the victimless drug crimes.”

The signatories, including attorneys, professors, politicians, family members, and inmates, call on Drew Carey for a ‘firm film commitment’ to tackle the issue of operating the Texas prison system for profit.

Producer, Actor, Writer, Drew Carey, has not responded to the petition. Nor has The Gersh Agency, David DeCamillo responded with a comment.

Drew Carey has not commented on the script, thusfar. A statement is expected soon.

Once the writer makes an initial sale, Hollywood will be more receptive to other material because the writer has proven he can deliver a commercial product. So, give yourself a chance to write a commercial script. I believe youll find, like I did, that you love it! Soon youll never go back to writing the way you used to. Instead youll be proud to say, I only write commercial material.

I can already hear the arguments where the screenwriter names a character-driven or plot-driven film that was a success. I can name them too, but what were talking about here is making a FIRST SALE. Were not talking about a character-driven script that happened to get a big star attached or a plot-driven script picked up by a famous director. Unless you have solid Hollywood contacts youre unlikely to have this kind of backing to get your screenplay made into a film. What were talking about is presenting a commercial product thatll land the writer a FIRST SALE! After that, the skys the limit!

The trick to getting a first sale sounds easy enough. Write a script that has a strong plot and strong characterizations. Yet this is a very difficult thing to do. Why? In my opinion, its because it forces the writer to be creative in a new way. Did I just imply that writing a commercial script inspires creativity? Yes, I did! Because it does. Theres nothing more inspiring than writing a great plot with a great character or vice versa.

And anything that doesnt make sense to you? Save it to look at later, or just forget about it! As they say in twelve-step programs: Take what you want and leave the rest.

But I teach workshops all over the United States and internationally, and Ive never come across a writer who didnt get something useful out of this workbook, or my workshops. The story structure Im teaching here is something you know already, because youve seen it in operation in tens of thousands of movies and TV shows youve watched over the course of your life (scary, isnt it?). As you read this book and start looking at movies and television for these elements, you will realize that youre already doing most of what I talk about! Still, its incredibly useful to put a name to some of these things and make them a more conscious part of your writing process.