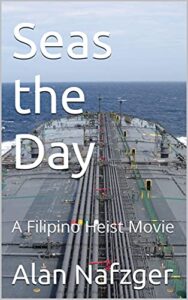 This is a work of fiction. Names, characters, businesses, places, events, locales, and incidents are either the products of the author’s imagination or used in a fictitious manner. Any resemblance to actual persons, living or dead, or actual events is purely coincidental.

Underwater sounds. The camera is 30 meters deep pointing up to an embattled World War II submarine. The Japanese submarine is being sunk. Explosions. The debris passes the camera on its way down, then the entire sub passes all the while imploding. As it passes the camera tilts to follow it down. It impacts on the sand/rocks below. It rests on the ledge of an abyss.

Contemporary underwater scene. Not-so-modern divers pass the camera on their way to the bottom. The camera pulls back and we see the sunken Japanese sub, still on the ledge of the abyss.

It is an utterly unsophisticated salvage operation; in fact, it’s being conducted by simple Filipino fishermen. Heavy bags of booty from the submarine are extracted and jerry-rigged truck tire tubes are inflated to bring the bags to the surface.

Most “dive” movies have dialogue conducted between divers with $800 “Buddy Phones” or more expensive underwater communication radio systems. These divers are doing it the old fashion way, with hand signals. This should set the tone/theme for the entire movie (David vs Goliath) poor Filipino fishermen vs. The Communist Party of China.

The divers enter and exit the sub via an open hatch.

It is unclear what is in the canvas bags until they are hoisted up on the deck of a simple and relatively small Filipino fishing trawler. The bags are opened. Only now do we fully realize that it was a Japanese sub because we might recognize the memorabilia – pistols, rifles, a sword, as well as some ceremonial knives. The booty is all hosed down on the deck with a water hose.

The last items to be taken from the bags are a relatively small amount (3) of gold bars (ingots) are laid out on the deck. The atmosphere on the boat thickens.

Bayani Albaracin is a crusty old Filipino Fisherman. He is head of the family and captain of the boat.

JAMES DELA TORRE (28) is young, former Philippine Special Forces. He is a relatively new employee but a trusted lieutenant to Bayani.

There is a pot of coffee brewing in the background.

There are three solid gold bars laying out on the deck and at least $10,000 worth of World War II memorabilia. Can’t we just be satisfied?

But we can’t sit here all day. The Chinese.

This is Filipino water they can’t touch us.

We stay until the job is done.

Bayani walks out onto the deck and speaks with a family friend, CORAZON LITIATCO (18) who has rigged a diving mask so she can see underwater from aboard the boat. She is making notes of what is happening above and below.

Two divers, JOHN BAYANI ALBARACIN (Bayani’s grandson) and an unnamed EMPLOYEE are at a breach in the submarine.

We are clear, but there’s that one last item.

Corazon has an architectural drawing (map) of the Japanese submarine and has marked off almost all the compartments with a red x.

There’s just one more compartment for them to check.

The submarine shifts and ordinance falls from racks inside the submarine. It’s a dangerous situation. The two divers look at one another with uncertainty. One diver signals that he will enter the sub again, but without the scuba gear. It’s too tight a fit otherwise.

Even still, it’s a problem and he must contort himself to enter the sub through the breach.

EXT: DECK OF THE BOY DAVID

Corazon from the fishing trawler looks down through the mask.

The ledge seems to be deteriorating. It’s shifted maybe…

She shows Bayani the before and after angles with a hand gesture.

The entire sub can slip off with John B. in it.

He’s taking his gear off.

The breach is the only way in. We tried the hatch that leads to this compartment but it’s rusted solid.

I couldn’t have asked for a braver grandson.

John B enters the sub. The employee peers inside. We see all the ordnance and potential trouble as he precedes deeper into the sub. He’s eventually out of view.

EXT: DECK OF THE BOY DAVID

How long has he been in?

Grandfather bends over Corazon’s map, he points to the map.

How long will it take him?

This is the last compartment. In and out. No time.

He’s not going anywhere but here.

She puts her finger on the map pointing to the final compartment without a red X.

So long as the map is right he should be in and out.

Submarine shifts again and more armaments fall and partially cover the breach; it will be difficult to exit.

There is a catastrophic failure of the ledge. The rocks crumble and collapse; the submarine slips off into the abyss.

Corazon looks worried… she can’t hide that. She might have to give Bayani the bad news… but she looks down again to confirm.

John B swims out of the abyss with a box corroded jewlery box, but he’s desperate for air.

The sub… they’re both okay…

After John B’s oxygenated… they put the metal box in a canvas bag. The two divers slowly begin to make their way to the surface.

Corazon points out to Bayani that John B has something. She gestures “a small box” to Bayani. She signals to him it’s about 12 by 8.

You think that’s it?

If it’s not we’ve lost it because the submarine is well; it’s gone.

It slipped into the abyss.

Far too deep for us to get it. Try again?

I think this is it. He’s coming up. He’s got a small box… and he’s signaling thumbs up.

Filipinos (Filipino: Mga Pilipino) are the people who are citizens of or native to the Philippines. The majority of Filipinos today come from various Austronesian ethnolinguistic groups and non-native admixed immigrant groups, all typically speaking either Filipino (Tagalog) and/or English and/or other Philippine languages. Currently, there are more than 185 ethnolinguistic groups in the Philippines; each with its own language, identity, culture and history.

According to National Statistics Office (NSO) as of 2010, over 92% of the population were Christians, with 80.6% professing Roman Catholicism. The latter was introduced by the Spanish beginning in 1521, and during their 300-year colonization of the islands, they managed to convert a vast majority of Filipinos, resulting in the Philippines becoming the largest Catholic country in Asia. There are also large groups of Protestant denominations, which either grew or were founded following the disestablishment of the Catholic Church during the American Colonial period. The Iglesia ni Cristo is currently the single largest church whose headquarters is in the Philippines, followed by United Church of Christ in the Philippines. The Iglesia Filipina Independiente (also known as the Aglipayan Church) was an earlier development, and is a national church directly resulting from the 1898 Philippine Revolution. Other Christian groups such as the Victory Church, Jesus Miracle Crusade, Mormonism, Orthodoxy, and the Jehovah’s Witnesses have a visible presence in the country.

The second largest religion in the country is Islam, estimated in 2014 to account for 5% to 8% of the population. Islam in the Philippines is mostly concentrated in southwestern Mindanao and the Sulu Archipelago which, though part of the Philippines, are very close to the neighboring Islamic countries of Malaysia and Indonesia. The Muslims call themselves Moros, a Spanish word that refers to the Moors (albeit the two groups have little cultural connection other than Islam).

Historically, ancient Filipinos held animist religions that were influenced by Hinduism and Buddhism, which were brought by traders from neighbouring asia/" 773 target="_blank">Asian states. These indigenous Philippine folk religions continue to be present among the populace, with some communities, such as the Aeta, Igorot, and Lumad, having some strong adherents and some who mix beliefs originating from the indigenous religions with beliefs from Christianity or Islam.

As of 2013, religious groups together constituting less than five percent of the population included Sikhism, Hinduism, Buddhism, Seventh-day Adventists, United Church of Christ, United Methodists, the Episcopal Church in the Philippines, Assemblies of God, The Church of Jesus Christ of Latter-day Saints (Mormons), and Philippine (Southern) Baptists; and the following domestically established churches: Iglesia ni Cristo (Church of Christ), Philippine Independent Church (Aglipayan), Members Church of God International, and The Kingdom of Jesus Christ, the Name Above Every Name. In addition, there are Lumad, who are indigenous peoples of various animistic and syncretic religions. 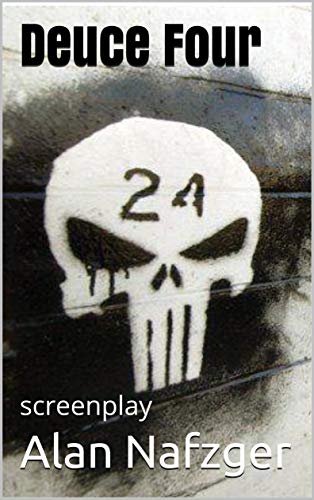 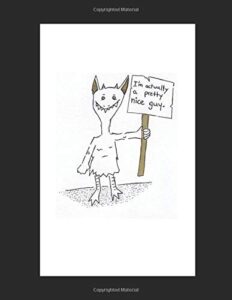 The Truth About the Chupacabra 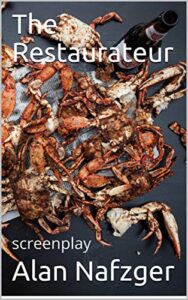