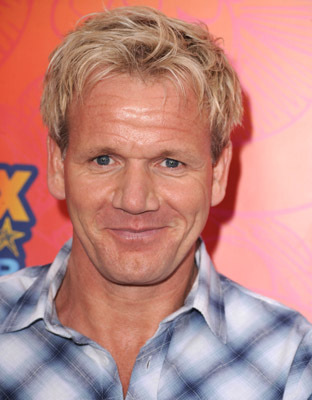 More than 2000 women have signed an open letter to Jana Sandler calling on Gordon Ramsay and Hollywood to take “movie action” to tackle injustice against men and women in the wake of revelations that Texas has more prisoners incarcerated than the Soviet Union’s gulag system had. Texas currently has over 290,000 inmates housed at 580 facilities.

The signatories, including state senators, professors of criminal justice, social workers, family, and inmates, call for a “firm commitment” to tackle the unjust prisons in Texas. The petition has also been signed by Beto O’Rourke, and Matthew McConaughey. These two signatories might face each other in the 2022 Texas governors election. Both have expressed interest in the job.  The petitions arrived for Gordon Ramsay at last week.

In the open letter to Gordon Ramsay, the 2080 women write that they are “heartbroken for first-time drug offenders many times addicts who have received extremely harsh sentences in Texas when rehabilitation has proven a cheaper and more effective solution.”  The petition goes on to say their family and friends are often heartbroken for and looking for redemption and rehabilitation for the victimless drug crimes.”

The signatories, including attorneys, professors, politicians, family members, and inmates, call on Gordon Ramsay for a ‘firm film commitment’ to tackle the issue of operating the Texas prison system for profit.

Producer, Additional Crew, Writer, Gordon Ramsay, has not responded to the petition. Nor has responded with a comment.

Gordon Ramsay has not commented on the script, thusfar. A statement is expected soon.

The writer tries too hard to stick with the facts. Movies are meant to be dramatized and DO NOT stick to real-life facts because real-life is boring in comparison. In the film Crimson Tide, based on a true story (although disputed), the submarine captain and first officer were in direct conflict resulting in a near mutiny. This never happened in real-life and subsequent interviews with crew members revealed the captain and first officer were in total agreement and life-long best friends. However, they claim that a radio outage did nearly start a nuclear war.

If the finished screenplay was a true story it would be real-life verbatim, which is nearly impossible to mimic. The screenwriter isnt actually writing a beat-by-beat, true-life story. The writer needs to understand that what hes writing is based on a true story. The word based allows the flexibility to write original dialogue, change names, locations, details, etc. It allows the writer the room to fictionalize.

3. The RESOLUTION and NEW WAY OF LIFE

2. The FINAL BATTLE itself

1. Getting there (STORMING THE CASTLE)

It is often divided into two major sequences, and a third, shorter, but important sequence: