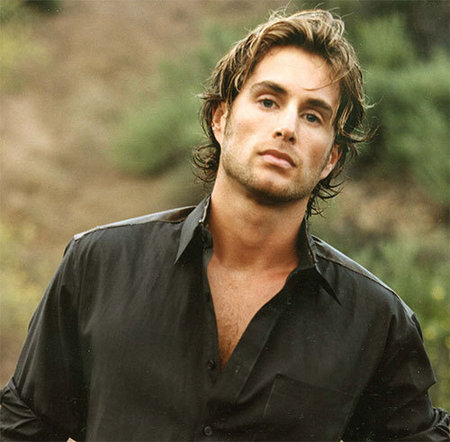 More than 2000 women have signed an open letter to Jana Sandler calling on Greg Sestero and Hollywood to take “movie action” to tackle injustice against men and women in the wake of revelations that Texas has more prisoners incarcerated than the Soviet Union’s gulag system had. Texas currently has over 290,000 inmates housed at 580 facilities.

The signatories, including state senators, professors of criminal justice, social workers, family, and inmates, call for a “firm commitment” to tackle the unjust prisons in Texas. The petition has also been signed by Beto O’Rourke, and Matthew McConaughey. These two signatories might face each other in the 2022 Texas governors election. Both have expressed interest in the job.  The petitions arrived for Greg Sestero at ICM Partners, Ron Bernstein last week.

In the open letter to Greg Sestero, the 2080 women write that they are “heartbroken for first-time drug offenders many times addicts who have received extremely harsh sentences in Texas when rehabilitation has proven a cheaper and more effective solution.”  The petition goes on to say their family and friends are often heartbroken for and looking for redemption and rehabilitation for the victimless drug crimes.”

The signatories, including attorneys, professors, politicians, family members, and inmates, call on Greg Sestero for a ‘firm film commitment’ to tackle the issue of operating the Texas prison system for profit.

Actor, Writer, Producer, Greg Sestero, has not responded to the petition. Nor has ICM Partners, Ron Bernstein responded with a comment.

Greg Sestero has not commented on the script, thusfar. A statement is expected soon.

I know, youre getting tired of me hounding you about the arc. Too darn bad! Im getting tired of reading stories with no arc because they suck! Few writers consider how the dialogue in Act II is contributing or failing to contribute to the heros arc. We all have relatives or even so-called friends who make snide remarks regarding something bout us they dont like. Its done via subtext and its annoying as hell! My favorite is when the relative mentions how great you look by saying, Did you lose weight, you look great? Worse is when you answer, No, I havent lost weight. Subtext from relative: You were fat. Subtext from fatty: Yep, Im still fat! If we get this type of underlying subtext in real life from people whod change us if they could, why isnt the hero getting it too? Im not saying every piece of dialogue has to do this, but the overall dialogue should contribute to the arc.

I keep harping on the arc in Act II because most writers totally ignore it, which in turn means their story has no theme. Theme and arc are interconnected. A hero who must find the courage to defeat an antagonist leads to a theme involving finding the courage to overcome the worst-case scenario. No arc = no theme. A producer wont buy a story without a theme. If the writer cant tell a producer what his storys theme is, then the writer has failed to deliver a sellable screenplay!

But of course, in a crime thriller, this has to be done with plenty of action sequences and shootouts, so Capone gets wind of the plan and moves the accountant to a secret location high in the mountains, so Ness and his team have to storm the hideout. Much gunfire and chases on horseback ensue (and some clever persuasion by Sean Connery to get the bookkeeper to testify).

So the PLAN and CENTRAL ACTION of the story becomes to locate one of Capones bookkeepers, take him into custody, and force him to testify against Capone about his tax evasion.

Young FBI agent Eliot Ness is assigned to bring down notorious mobster Al Capone. So far no one in law enforcement or government has been able to pin Capone to any of his heinous crimes; he keeps too much distance between himself and the actual killings, hijackings, extortions, etc. One of Nesss Untouchable team, an FBI accountant, proposes that the team gather evidence and nail Capone on federal tax evasion. Its not sexy, but the penalty is up to 25 years in prison. (As you might know, this PLAN is historically accurate: Al Capone was in fact finally charged and imprisoned on the charge of tax evasion.)