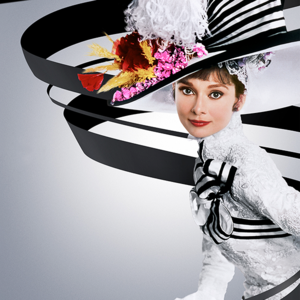 What makes a movie great?  With some films, it’s the story.  Many times it is the actor’s unforgettable performance.  Sometimes audiences are captivated by the costumes or cinematography.

Along with Fathom Events and TCM Big Screen Classics, The Ridgefield Playhouse is bringing some of the greatest films back to the theater.  Bring the family to see these classics the way they were meant to be seen – on the big screen!  In addition, these classics will each be accompanied by exclusive commentary from TCM hosts who will provide insight, background and more, making these events that movie lovers won’t want to miss.

Celebrate Mother’s Day at the movies with this 30th anniversary screening of Fried Green Tomatoes on Sunday, May 9 at 3pm and 7pm at The Ridgefield Playhouse.  Academy Award® winners Kathy Bates and Jessica Tandy star with Mary Stuart Masterson and Mary-Louise Parker in the inspiring drama adapted from Fannie Flagg’s best-selling novel. The screening includes exclusive insights from Turner Classic Movies. When an unhappy housewife (Bates) befriends a lady in a nursing home (Tandy), she hears a remarkable tale of laughter, devotion and a special friendship that defies all obstacles in this heartwarming film from acclaimed director Jon Avnet.

Tom Cruise ignites the screen in the hit big-screen blockbuster that launched one of today’s biggest, and still-growing, action movie franchises.  Mission Impossible returns for two 25th anniversary screenings at The Ridgefield Playhouse on Tuesday, May 17 at 7pm and Wednesday, May 19 at 7pm.  Ethan Hunt (Cruise), is a top secret agent, framed for the deaths of his espionage team. Fleeing from government assassins, breaking into the CIA’s most impenetrable vault, clinging to the roof of a speeding bullet train, Hunt races like a burning fuse to stay one step ahead of his pursuers… and draw one step closer to discovering the shocking truth. Directed by Brian De Palma (THE UNTOUCHABLES), with a screenplay by David Koepp (JURASSIC PARK), this original MISSION celebrates its 25th Anniversary.  This high-octane event also includes a featurette, MISSION: CATCHING THE TRAIN!

In a treehouse at the edge of Castle Rock, a small, woodsy Oregon town, a budding 12-year-old writer named Gordie LaChance (Will Wheaton) is about to begin an extraordinary trek into the heart of the northwestern forest, an experience that will alter the course of his life forever. His best friend Vern (Jerry O’Connell) has overheard his older brother and a friend talking about their discovery of a dead body in the woods. Hoping they can get credit for finding the body, Gordie sets off with insecure, frightened Vern, tough guy Chris (River Phoenix) and daredevil Teddy (Corey Feldman) on an adventure that becomes an odyssey of self-discovery. Their journey begins innocently with a dream of becoming town heroes, but before it is over Gordie, Chris, Teddy and Vern will be tested in ways they had never imagined.  Rob Reiner’s coming-of-age film Stand By Me returns to the big screen on Wednesday, May 26 at 7pm.  This special 35th anniversary event will also include a conversation with author Stephen King as he recalls what led him to write the stories of his childhood, how they impacted the development of the movie, and about the casting of the four leads that was so special. “Stand by Me” is based on the novella “The Body” by Stephen King, screenplay by Raynold Gideon and Bruce A. Evans.

Audrey Hepburn has never looked more radiant than as Eliza Doolittle who finds herself at the center of a friendly wager between Professor Henry Higgins (Rex Harrison) and his companion, Colonel Pickering (Wilfred Hyde-White). Can this disheveled, cockney flower girl find her voice and blossom into a proper lady presentable in high society? Performance, style and sweet spirit…plus an unforgettable score… have made My Fair Lady one of the greatest musicals in film history and a beloved and timeless classic that begs to be experienced on the big screen!  See this Academy Award winning film at The Ridgefield Playhouse on Wednesday, May 16 at 1pm and 6pm.

Make The Birdcage part of your Pride Month celebration with this special anniversary event that includes exclusive insights from Turner Classic Movies. The film returns to The Ridgefield Playhouse for a 25th anniversary screening on Wednesday, June 30 at 7pm.  In this hysterical comedy, Armand (Robin Williams) and Albert (Nathan Lane) have built the perfect life for themselves tending to their gaudy Miami nightclub. But their pastel tranquillity is shaken when Armand’s son announces that he’s getting married to the daughter of ultra-conservative Senator Keeley (Gene Hackman)…and they’re all getting together for dinner! Can Armand and Albert transform themselves into Mr. and Mrs. Family Values in time? It’ll take the performance of their lives!

For more information or to purchase touchless print at home ticket ($12.50) go online at www.ridgefieldplayhouse.org or, you can visit or call the box office (203) 438-5795.  The Playhouse is currently doing socially distanced, limited capacity seating. Concession/bar can be ordered via our mobile site so that you can pick it up on the way in, or get notified when it is ready for you to pick up once in the theater.  The Ridgefield Playhouse is a non-profit performing arts center located at 80 East Ridge, parallel to Main Street, Ridgefield, CT and is committed to keeping the arts alive and available to all.

Weekly trivia: why was Mambo No.5 vetoed as a Democrat theme tune?