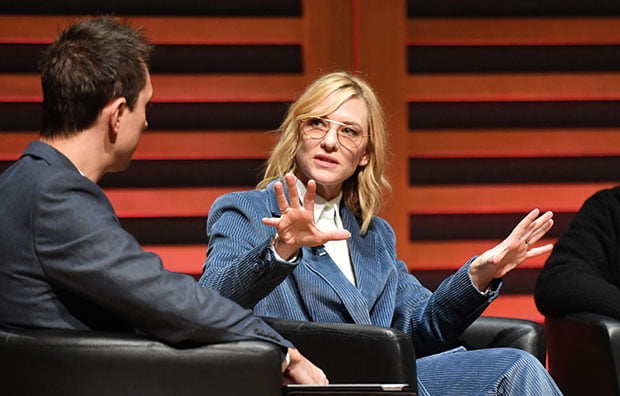 Based on the video game from Gearbox and 2K, Borderlands, which stars Blanchett alongside Jack Black and Jamie Lee Curtis, follows Lilith (Blanchett), an infamous outlaw with a mysterious past as she reluctantly returns to her home planet of Pandora to find a missing young woman.

From Marc Forster (director of Finding Neverland, The Kite Runner and Quantum of Solace) and based on RJ Palacio’s book, White Bird: A Wonder Story stars Helen Mirren and Gillian Anderson.

In the film, a bully transforms following a visit from his grandmother from Paris, who recounts her life as a girl in Nazi-occupied France when she went into hiding with the help of a schoolmate, a young man who risked everything to give her the chance to survive.

Finally, The Unbearable Weight of Massive Talent stars Nicolas Cage as a fictionalised version of himself who, facing financial ruin and feeling creatively unfulfilled, must accept a US$1m offer to attend a super-fan’s birthday party, where things take a wildly dangerous turn.

Other cast members include Sharon Horgan, Lily Mo Sheen and Tiffany Haddish. Tom Gormican (The Awkward Moment) is the director and co-writer.

Fred Kogel, CEO of Leonine Studios, said: “We are proud to continue our close relationship with Lionsgate, an esteemed partner for top content, as we firmly believe in a strong box-office performance of high-quality event movies. We have built our theatrical slate as well as our digital and linear distribution based upon this strategy and will continue to do so.”

What Atari Was Really Like, According To Women Who Were There