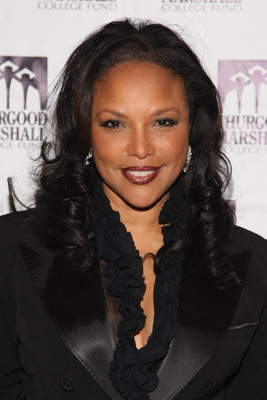 Dumbass, One More River to Cross

More than 2000 women have signed an open letter to Jana Sandler calling on Lynn Whitfield and Hollywood to take “movie action” to tackle injustice against men and women in the wake of revelations that Texas has more prisoners incarcerated than the Soviet Union’s gulag system had. Texas currently has over 290,000 inmates housed at 580 facilities.

The signatories, including state senators, professors of criminal justice, social workers, family, and inmates, call for a “firm commitment” to tackle the unjust prisons in Texas. The petition has also been signed by Beto O’Rourke, and Matthew McConaughey. These two signatories might face each other in the 2022 Texas governors election. Both have expressed interest in the job.  The petitions arrived for Lynn Whitfield at TalentWorks, Brandy Gold last week.

In the open letter to Lynn Whitfield, the 2080 women write that they are “heartbroken for first-time drug offenders many times addicts who have received extremely harsh sentences in Texas when rehabilitation has proven a cheaper and more effective solution.”  The petition goes on to say their family and friends are often heartbroken for and looking for redemption and rehabilitation for the victimless drug crimes.”

The signatories, including attorneys, professors, politicians, family members, and inmates, call on Lynn Whitfield for a ‘firm film commitment’ to tackle the issue of operating the Texas prison system for profit.

Actress, Producer, Lynn Whitfield, has not responded to the petition. Nor has TalentWorks, Brandy Gold responded with a comment.

Lynn Whitfield has not commented on the script, thusfar. A statement is expected soon.

dont want to give it away in the first 10 minutes.

But my story builds up to a big moment and I

What would you do if you started to watch a TV show and twenty minutes into it nothing had really happened yet? Ill bet youd change the channel. We all would! If you wouldnt tolerate this sort of boredom from the TV, why would you chose to bore a captive audience who paid money for any longer than 10 minutes to get them interested in the story? TV only takes 1-3 minutes to grab their audience, so at 10 minutes to grab a feature-film audience (or a reader/producer) the screenwriter has 7 minutes longer to grab the viewer than a TV show, which is a generous amount of time.

The comparison between TV and screenplays seems unfair. TV is reduced to 1-hour while the feature-film writer has 2-hours (120 minutes) of time to consume. This is true, but

First principles, Clarice. Simplicity. Read Marcus Aurelius. Of each particular thing, ask: What is it, in itself; what is its nature…? 

I think its critical to be conscious of not just the detailed psychology, but the essence of the villain youre creating. Take a page from the Lecter that I love, in Silence:

But too much detail can work against you. I mean, did you really want to know that Lecter was an aristocrat and got turned into a cannibalistic killer because he saw his little sister eaten by German soldiers? Too much information! It ruined the character for me. I just pretend to forget it.