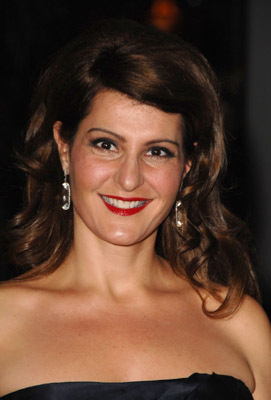 Dumbass, A Wilderness of Monkeys, Talk of the Town, Leftovers

More than 2000 women have signed an open letter to Jana Sandler calling on Nia Vardalos and Hollywood to take “movie action” to tackle injustice against men and women in the wake of revelations that Texas has more prisoners incarcerated than the Soviet Union’s gulag system had. Texas currently has over 290,000 inmates housed at 580 facilities.

The signatories, including state senators, professors of criminal justice, social workers, family, and inmates, call for a “firm commitment” to tackle the unjust prisons in Texas. The petition has also been signed by Beto O’Rourke, and Matthew McConaughey. These two signatories might face each other in the 2022 Texas governors election. Both have expressed interest in the job.  The petitions arrived for Nia Vardalos at Oscars Abrams Zimel & Associates (OAZ), Daniel Abrams last week.

In the open letter to Nia Vardalos, the 2080 women write that they are “heartbroken for first-time drug offenders many times addicts who have received extremely harsh sentences in Texas when rehabilitation has proven a cheaper and more effective solution.”  The petition goes on to say their family and friends are often heartbroken for and looking for redemption and rehabilitation for the victimless drug crimes.”

The signatories, including attorneys, professors, politicians, family members, and inmates, call on Nia Vardalos for a ‘firm film commitment’ to tackle the issue of operating the Texas prison system for profit.

Actress, Writer, Producer, Nia Vardalos, has not responded to the petition. Nor has Oscars Abrams Zimel & Associates (OAZ), Daniel Abrams responded with a comment.

Nia Vardalos has not commented on the script, thusfar. A statement is expected soon.

Id prefer you learn to write your own rather than waiting until a producer, agent, director or actor asks for one, then panicking and asking me to write a rush one for you! I can certainly do this and charge for the service, but if you really want to be a pro Id advise the writer to learn how to write a one-sheet. Ive shown you how, now go do it!

Extreme Screenwriting writes one-sheet for writers. Id love to tell you that no one has ever used this service when in fact Ive written hundreds of one-sheets for aspiring screenwriters. How many have I written for my pro screenwriting clients (those already making a substantial living writing)? Zero!

Need a One-Sheet Written for You?

· Meet the Antagonist (and/or introduce a Mystery, which is what you do when youre going to keep your antagonist hidden to reveal at the end)

· The Offer S/he Cant Refuse (possibly)