By 5:30 AM, prime time for the East Coast breakfast shows, five hundred journalists are gathered in the Academy’s private theater waiting for its president, with the assistance of last year’s Supporting Role Oscar winners, to announce the names of this year’s nominees.

Young person #1 enters and feeds grain to a steer.

Alarm clocks all over Beverly Hills have aroused the fan curiosity and awaken the contenders to learn their fate. Fans as well as industry professionals drag themselves out of bed to the kitchen (coffee, milk, cereal) and then to the television.

A national television news reporter is on the air with the factory manager.

I’m here in the Chicago factory of R. S. Owens, where this year’s batch of one hundred Oscar statuettes is in production.

It may take decades to win an Academy Award, but making one is just five hours’ work for a team of twelve at Owens. Each statuette is hand-cast from a steel mould kept in a high-security vault when not in use.

Can you tell us something about the statue?

We see an empty factory in the background. It is far to early for workers, but we see the tools and machinery.

The basic material is britannia metal, a pewterlike alloy of 90 percent tin and 10 percent antimony, more often used for tableware.

Each statuette is sanded and polished to a fine gleam, then plated successively in copper, nickel, silver and 24-karat gold, with each layer highly polished before the next one is applied.

The finishing touch is a fine spray of epoxy lacquer, to protect it.

Thank you. I’m told if you’re lucky enough to win an Oscar, never polish it with cleaning solvents. Dusting him off every now and then is all you need to do.

Each statuette is engraved with a serial number on the back of its brass base. After a final inspection they are packed in custom-shaped Styrofoam containers, heavily insured, and transported by armoured vehicle to the Academy’s offices in Beverly Hills.

Well, I understand that it’s time for the announcements. Back to the studio.

Young person #3 enters and feeds grain to a group of lambs.

We’re just minutes away from the nominations. We’re going to bring them to you live as they are announced.

(beat)
But first, let’s bring in our panel of Hollywood experts.

Oh, Okay. No time… The Academy President is taking the rostrum.

Hello, everybody. Good morning and welcome to the Academy of Motion Picture Arts and Sciences. I’m Cheryl Boone Isaacs, president of the Academy.

(beat)
I want to thank everyone for joining us for these exciting announcements, celebrating the heroes of movie making. And lucky for us, we have a superhero here with us today. Ladies and gentlemen, the very talented ____________.

Thank you very much, Cheryl, and good morning, everyone.

Let’s get right to it.
(beat)
The 2020 nominees for best performance by an actor in a original screenplay are…

Each year a few surprises will draw gasps from the seasoned observers dragged so early from their beds.

Overcast Texas winter day. No town, only a very small isolated rural school building. Kindergarten through 12th grade in one building. Agriculture building detached. On the building we see the outline of the state of Texas and “Future Farmers of America” logo. Leaving the building are five students and a teacher.

EVAN MCCRAY (27) teacher in a light jacket, cowboy hat and boots walks with the students to a neighboring wheat field. A barbed wire fence separates the school from the wheat field. The winter wheat is several inches high and green. Cattle grazing.

You guys eat your Wheaties this morning?

They give the teacher a blank stare.

Two reporters in the audience.

What? Did you get that?

Who is that guy?

I have no idea.

They begin manipulating their smart phones looking for information.

The Academy Awards, popularly known as the Oscars,[1] are awards for artistic and technical merit in the film industry. They are regarded by many as the most prestigious and significant awards in the entertainment industry worldwide.[2][3] Given annually by the Academy of Motion Picture Arts and Sciences (AMPAS), the awards are an international recognition of excellence in cinematic achievements, as assessed by the Academy’s voting membership. The various category winners are awarded a copy of a golden statuette as a trophy, officially called the “Academy Award of Merit”, although more commonly referred to by its nickname, the “Oscar”. The statuette depicts a knight rendered in the Art Deco style.

The award was originally sculpted by George Stanley from a design sketch by Cedric Gibbons.[4] AMPAS first presented it in 1929 at a private dinner hosted by Douglas Fairbanks in The Hollywood Roosevelt Hotel in what would become known as the 1st Academy Awards.[5][6] The Academy Awards ceremony was first broadcast by radio in 1930 and was televised for the first time in 1953. It is the oldest worldwide entertainment awards ceremony and is now televised live worldwide.[7] It is also the oldest of the four major annual American entertainment awards; its equivalents – the Emmy Awards for television, the Tony Awards for theater, and the Grammy Awards for music – are modeled after the Academy Awards.[8] A total of 3,140 Oscar statuettes have been awarded since its inception in 1929.[9] They are widely cited as the most prestigious and renowned competitive awards in the field of entertainment.

The 93rd Academy Awards ceremony, honoring the best films of 2020 and early 2021, was held on April 25, 2021, after it was postponed from its original February 28, 2021, schedule due to the impact of the COVID-19 pandemic on cinema. As with the two previous ceremonies, there was no host. The ceremony was broadcast on ABC. It took place at the Dolby Theatre in Los Angeles, California for the 19th consecutive year, along with satellite location taking place at the Union Station also in Los Angeles.[10] 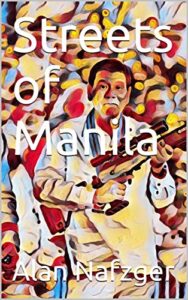 The Streets of Manila 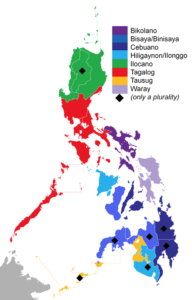 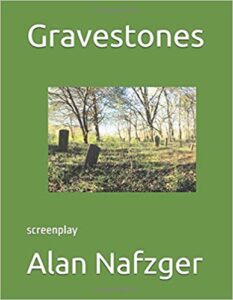