Almodóvar was one of the most welcome explosions of the eighties and a sign of the new Spain. Whereas Carlos Saura (nearly twenty years older than Almodóvar) made intensely measured and psychologically reflective films, with the innate secrecy of someone raised under the Franco regime, Almodóvar is excessive, garish, outlandishly inventive, and irrepressible. He is openly gay, devoted to sexual confusion, and eternally committed to the chance of love. His mode is satiric yet generous and free from moralizing. He has remarked on his debt not just to Hitchcock, Wilder, and Buñuel, but to Frank Tashlin. Indeed, there is a cartoonlike abandon and delirium in his best films and a complete faith in the torrential subconscious. But his generous, affectionate nature is all his own.

A frustrated provincial (he came from the area of La Mancha), he moved to Madrid in 1967 and worked for the telephone company. He joined an experimental theatre group, he wrote comic strips, and he was active in rock music. He began making short films on Super-8 at the time of Franco’s death.

Almodóvar must mean more in Spain than anywhere else, yet his generation has been insistent on throwing out the country’s past. Still, he has preferred to work in Spain, with a striking band of actors—notably Carmen Maura and Antonio Banderas. Women on the Verge is his most successful film, the one in which gaiety, violence, and tragedy jostle together most dangerously. Tie Me Up, Tie Me Down! was a relative disappointment. An energy like Almodóvar’s needs to keep expanding or risk becoming mannered. So he may need to take on fresh, dangerous territory. America could prove a very fruitful inspiration, for he knows American culture, and he is ideally placed to smash our old, fixed dreams about what it is to be Hispanic. But All About My Mother was his largest and warmest film—a sweeping tribute to women, and one of those films to make you wonder if God didn’t mean the movies to be gay.

Almodóvar is now in what looks like his maturity: Bad Education is a terrific take-off on film noir and real educational nightmares, while both Volver and Broken Embraces reflect the director’s realization that in Penélope Cruz he has not just an historic beauty but also an actress in the class of Loren or Moreau.

Woody Allen was the most famous film director in America 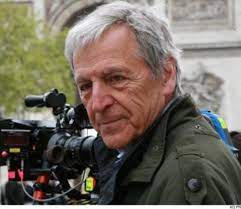 Brigitte Bardot: from modeling, she broke into films