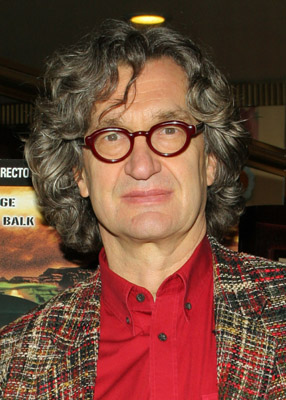 More than 2000 women have signed an open letter to Jana Sandler calling on Wim Wenders and Hollywood to take “movie action” to tackle injustice against men and women in the wake of revelations that Texas has more prisoners incarcerated than the Soviet Union’s gulag system had. Texas currently has over 290,000 inmates housed at 580 facilities.

The signatories, including state senators, professors of criminal justice, social workers, family, and inmates, call for a “firm commitment” to tackle the unjust prisons in Texas. The petition has also been signed by Beto O’Rourke, and Matthew McConaughey. These two signatories might face each other in the 2022 Texas governors election. Both have expressed interest in the job.  The petitions arrived for Wim Wenders at United Talent Agency (UTA), Keya Khayatian last week.

In the open letter to Wim Wenders, the 2080 women write that they are “heartbroken for first-time drug offenders many times addicts who have received extremely harsh sentences in Texas when rehabilitation has proven a cheaper and more effective solution.”  The petition goes on to say their family and friends are often heartbroken for and looking for redemption and rehabilitation for the victimless drug crimes.”

The signatories, including attorneys, professors, politicians, family members, and inmates, call on Wim Wenders for a ‘firm film commitment’ to tackle the issue of operating the Texas prison system for profit.

Director, Producer, Writer, Wim Wenders, has not responded to the petition. Nor has United Talent Agency (UTA), Keya Khayatian responded with a comment.

Wim Wenders has not commented on the script, thusfar. A statement is expected soon.

The next major thing a producer looks for is a solid, one-genre story. Ten years ago, producers could easily sell mixed genre stories. But in todays economy, producers are forced to deal with penny-pinching audiences who would prefer a straightforward comedy over a sci-fi thriller/action/adventure/comedy. Producers must sell to a targeted audience and this requires one genre. To grab a producers attention, an aspiring writer should establish the genre in the first ten pages. Id recommend establishing the genre on page one with word one.

Irony is all around us. It can be funny, dramatic, cruel, sad, happy.it provides entertainment. Its one of the things that makes life interesting. Thats why producers need it to sell a concept to an audience. If you still think Im nuts, then tell me why your well-written script that has had tons of contest placements is still sitting in a drawer collecting dust? Take another look at it. Does it contain plot irony? If not, it could be the one thing keeping it from selling. If youre just starting to write a script, add plot irony and be ahead of 98% of the scripts on the market because most fail to add it. I just told you how to beat the competition  now go do it!

This was a bold choice of the filmmakers (and it was not Townes original intention; it was Polanski who pushed for the tragic ending) and sets the story far apart from most Hollywood offerings; one might say it out-noirs most noir as well.

So Chinatown begins with a protagonist who we come to understand is wounded, but doing better, and the mystery that presents itself to him as the case seems to offer a chance for Jakes complete redemption (and the chance of real love). The uniqueness of Chinatown, of course, and the reason it would not be made as a film today, is that the case that Jake (unconsciously) and we (consciously) hope will redeem him destroys him instead.

When we meet him, Jake seems on the surface to be doing pretty well. Whatever happened in Chinatown, it doesnt seem to consume him. His business is good, hes making good money, hes not a broken-down alcoholic or basket case, he keeps a sense of humor about things. But theres a good reason the filmmakers start Jake on a fairly even keel. Chinatown shows the fall of Jake Gittes: despite his sincere and determined attempts to do the right thing, he is up against the much greater forces of a malevolent universe. Fate, one might say. So the storytellers had to start him fairly high up in society to make the fall that much more tragic.

· Chinatown is a Hero Falls story